Get fresh music recommendations delivered to your inbox every Friday.

Darkness Falls Upon This Christmas 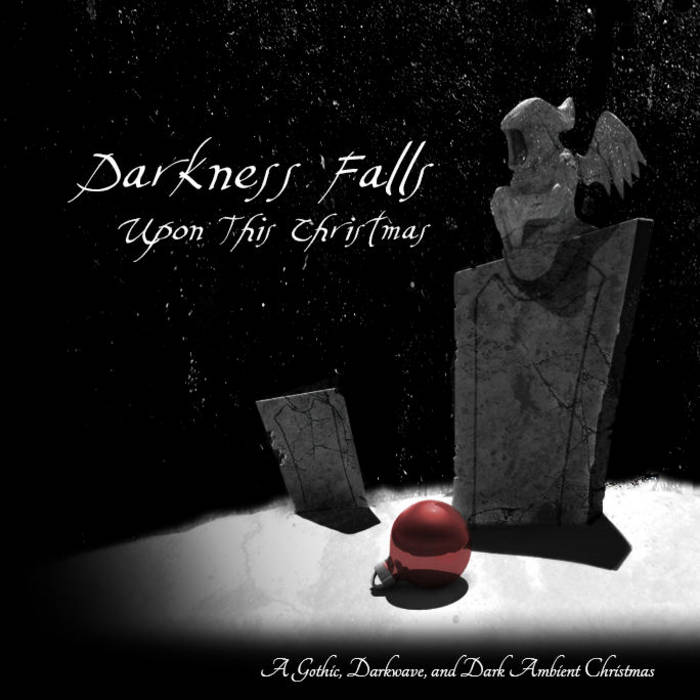 This album features Christmas carols rendered in Gothic, Darkwave, and Dark Ambient styles. Artists have been gathered from various places and cultures to create a Christmas listening experience like no other. Enjoy!

1. Leper – What Child Is This?
Very ambient, and heavy. At times I forget that I am not listening to Virgin Black or Saviour Machine. The vocals are most haunting, many guitar effects remind me of Skinny Puppy with strong hints of ethereal and psychedelic. If Pink Floyd and Trent Reznor performed a version of "What Child Is This?" together, it would be this song.

2. BATZZ in The Belfry – Darkness Comes Quickly
Batzz performs another batcave hymn. Driving drum machine and bass lines lead the groove of deep guitar sounds and bells. The deep vocals resonate with a complex piano and keyboard track, creating a full sound that is a spiritual brother of Clan of Xymox, Lycia, and Sisters of Mercy.

3. Anemia – God Rest Ye Merry Gentlemen
Epic emotions from Type O Negative and Saviour Machine are enjoined with stark minimalist drums in this retelling of a classic hymn. A guitar piece is reminiscent of Virgin Black’s "A Kiss Of Gods Mouth" (there is a lot on this album that borrows from Elegant and Dying). This song is a piece of art that is as at place on an ambient (un)black metal album as it is on a Goth album.

4. Open World - Carol of the Bells
Instrumental music can be performed many ways and by many instruments. This rendition sounds like it belongs on the Nightmare Before Christmas Soundtrack. At times haunting, at times quiet, with a splash of kitsch. Unorthodox time signatures and unexpected noise make for this original interpretation.

5. Atlantica Vox - Remember O Thou Man
Atlantica Vox adds a level of folk sounds to this album. This classic hymn is played with both new styles and old. The vocals sound a bit out of place with the rest of the feel of the song. This song reminds me very much of the Doctor Who Christmas episode, A Christmas Carol. I believe this is the case because the keyboards lend an underwater feel to the song.

6. Pariah Sound - The First Noel
A very Eastern atmosphere is created for this song. Deep tribal sounds invoke images of an oasis at night. A deeper, darker tone for a usually upbeat and cheery song, this short song carries weight.

8. Phloide - In The Land of Misfit Toys
I honestly rolled my eyes when I saw the track, but I must say that I was floored by the groove. This track reminds me of early Rare game soundtracks, such as Perfect Dark and Goldeneye. Excellent composition combines what are otherwise expected sounds into a symphony of unexpected meaning.

9. Hamsas Xiii - Coventry Carol
Not to be confused with Switchblade Symphony, Hamsas Xiii faithfully invokes a San Francisco sound, rich with fog machines and heavy reverb. As at place in a Goth club as at a party, this dark track rides a deep beat.

10. Verney 1826 - Oh komm oh komm, Emanuel
The second telling of O Come, O Come, is performed in its native German language. A wonderful vampire reference in the band's name is also telling of its vampiric sounds. If the music could be taken apart from the ambient music, it would be minimalist, but the underlying ambience is one of gothic majesty.

11. Schattenspiel - Weihnachtsfrieden
Intense heart and gentle harps play an emotional game with the feeling of the track. This track reminds one of epic war. Blood, frostbite, and photographs of loved ones are brought to the imagination.

Final Review:
As in all compilations, some tracks are stronger than others. Unlike most compilations, the album does not have any weak songs, and does a surprising job of providing all forms of Gothic music a fair show.

This album is for anyone who is a fan of dark music. Christmas music aside, this album stands as a full spectrum compilation, and the fact that the artists were limited to one holiday's anthems speaks to the true workmanship of those represented.

About the reviewer:
Marcus has been listening to, performing, reviewing, and fighting with friends and strangers about music for as long as he can remember. A home movie shows that at age three he was headbanging to Metallica while smashing a plastic red guitar on the ground; and he has only grown more in love with all forms of music, especially Goth and Metal.

- Marcus played on the first two BATZZ in the belfry CDs: "Self-Titled", and "Sparks Fly Upward".

Much gratitude to Marcus for his review. :)

Bandcamp Daily  your guide to the world of Bandcamp

Kari Faux drops off her deluxe album 'Lowkey Superstar' plus tunes by Shunaji and Samplelov.